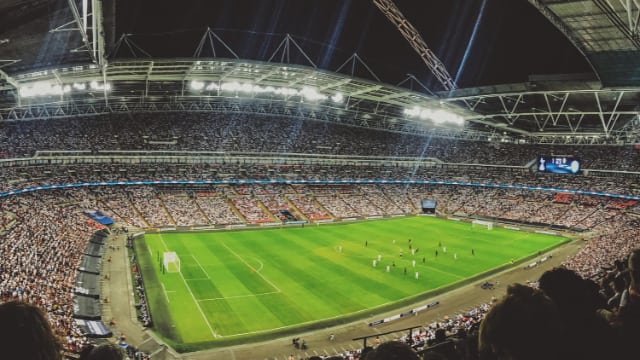 Frankfurt, June 9 2021 Almost one in five TV viewers (19 percent) stream live sports broadcasts via apps on their TV instead of via the classic distribution channels satellite, cable, IPTV or DVB-T2 HD. In the 30-39 age group, the share is as high as 25 per cent. This was the result of a study conducted by GfK on behalf of the Deutsche TV-Plattform in the run-up to UEFA EURO 2020.

On average, viewers interested in football plan to watch most of the European Championship matches on TV (92 percent). In the 30-39 age group, just under 18 percent want to watch the games on their PC or notebook and 9 percent with a beamer on a screen. 60 percent of the respondents plan to watch the games at home or at a friend's house. Public viewing plays only a minor role this year (3 percent) due to the Covid19 pandemic. A good one in four men (28 per cent) and almost one in two women (46 per cent) do not plan to watch the European Football Championship matches at all.

Carine Chardon, Managing Director of the Deutsche TV-Plattform: "The results of the study show that streaming services are not only conquering the classic film and series segment, but are also becoming increasingly important for live sport. This poses challenges for broadcasters and platform operators, especially to bring high-reach live programmes such as top-class sport in the best possible quality to a growing number of viewers at the same time. The Deutsche TV-Plattform has addressed this issue and recently developed recommendations for the quality measurement of video streaming, as well as for the preparation and contribution of content."

As part of ANGA COM DIGITAL, a top-class strategy panel on this topic will be held in cooperation with the broadband association ANGA under the motto "Content via Cloud, CDN and 5G". The discussion will be shown for the first time on 10 June 2021 from 10.00 to 11.00 a.m. , and will then be available for viewing on the ANGA COM Digital platform until the end of the month. Representatives from Akamai Technologies, Google, Mediengruppe RTL, WDR and Zattoo will discuss the challenges and opportunities of IP-based distribution of audiovisual content.

Registration is free of charge: https://angacom.de/anga-com-digital/profil