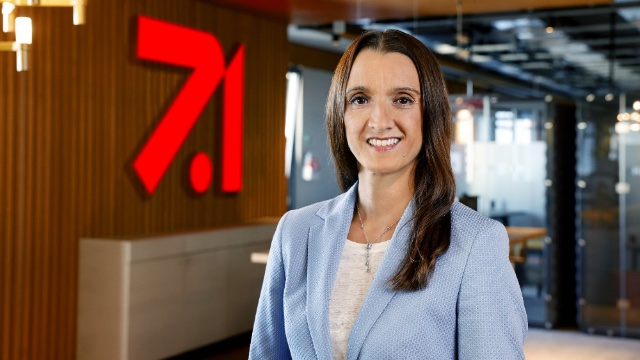 Frankfurt, 10 December 2021. The Smart Media Working Group of the German TV-Platform has elected Nicole Agudo Berbel, Managing Director and Chief Distribution Officer Seven.One Entertainment Group, as its new head. Nicole Agudo Berbel takes over as head of the committee with immediate effect and in this capacity will also become a member of the board of the German TV-Platform. She succeeds Jürgen Sewczyk, JS Consult, who will in future represent the FKTG in the German TV Platform.

Andre Prahl, Chairman of the German TV-Platform: "The Smart Media working group deals with a wide range of important topics for our industry - from Addressable TV to HbbTV to Recommendation Engines and much more. I am very pleased that Nicole Agudo Berbel will actively shape these important topics with her expertise from next year onwards and set her accents. On behalf of the association and on a personal note, I would like to express my sincere thanks to Jürgen Sewczyk for his outstanding commitment and the very successful work done in the Smart Media WG under his chairmanship. He has significantly shaped the German TV-Platform in 23 years on the board and contributed to its success. In particular, he has helped drive the development and promotion of smart media technologies in Germany through a wealth of projects, industry events and publications. I am therefore pleased that he will remain associated with the German TV Platform and the AG Smart Media."

Nicole Agudo Berbel: "The importance of smart TVs and streaming devices has grown continuously in recent years. This concerns both the relevance of corresponding application possibilities for viewers with app, streaming and HbbTV offers, as well as the significance in the area of advertising. Especially in this area, such as addressable TV or personalised and data-based advertising solutions, the German TV Platform plays an important role as an interdisciplinary body and actively shapes the future of these innovations. I would like to thank the members of the Executive Board for their trust and I am looking forward to my task in the Smart Media WG."

Jürgen Sewczyk: "I have very much enjoyed working in the German TV Platform over the years. During this time, the analogue switch-off was prepared, DVB-T, HD television, Smart TV (hybrid television) with HbbTV and IPTV were introduced. All topics for which, in retrospect, it was more than worthwhile to work on, whether as Chairman of the Board or AG Director. The great interest of the members, interdisciplinary work and contacts, the international positioning and the great network were always an excellent motivation during this time. I wish the German TV-Platform all the best for the future."

With over 50 members, the German TV-Platform is still the only institution for media topics in Germany with such a broad interdisciplinary composition. The association has over 50 members, including private and public broadcasters, streaming providers, equipment manufacturers, internet companies, infrastructure operators, service and technology providers, research institutes and universities, federal and state authorities as well as other companies, associations and institutions involved in digital media. Since its foundation in 1990, the aim of the registered association has been the introduction of digital technologies based on open standards.